The 14th annual exchange between JEMA and CHEAA held in Beijing 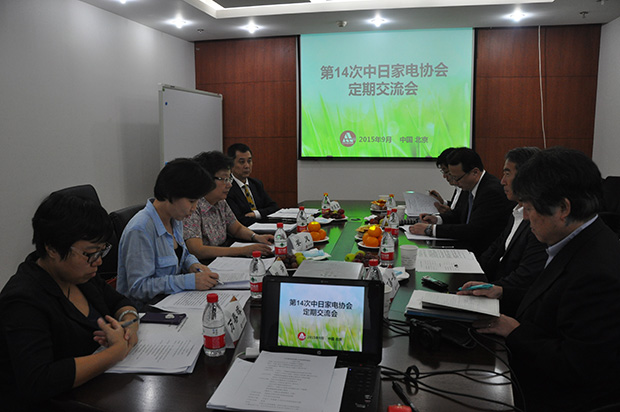 At the meeting, JEMA and CHEAA exchanged issues including overall industry development, domestic economic trends, and latest policies and regulations in this field on both sides.

Jiang Feng, president of CHEAA and Kiyoshi EBIZUKA, president of JEMA both delivered a speech for the meeting concerning the long history of exchange between these two associations, the macroeconomic performance on both sides, and their expectation towards the next meeting.

JEMA gave a report titled Trend in Japan White Goods Industry based on statistics of 2014 at the meeting. According to the report, Japan's home appliance industry saw a decrease in consumption for the first time in the past two years, with sales of white goods down to 2.13 trillion yen accounting for 87.7% of last year's, affected by early purchase and overdraft triggered by a hike in Japan's consumption tax since April, 2014. Shipments of air conditioners and refrigerators went down for the first time in the past three years, and shipments of washing machines went down for the first time in the last five years. In 2014, the shipment volume of air conditioners, refrigerators and washing machines were approximate 8.09 million, 3.75 million and 4.29 million respectively, accounting for 85.9%, 80.5%, and 85.2% of last year's sales respectively. Large capacity refrigerators were gaining popularity, with the market share of refrigerators with internal volume greater than 401L taking up 44.9%. Laundry dryers, with sales of 1.13 million accounting for 26.4% of the total sales for washing machines, were also on a trend towards large capacity ones. As to other products, JEMA said upright vacuum cleaners and smart vacuum cleaners were expanding market as many households were planning to buy a new vacuum cleaner. Besides, new kitchen appliances including oil-free cookers were promoted in Japan for the first time while smart home appliances attracted tremendous attention of the public. 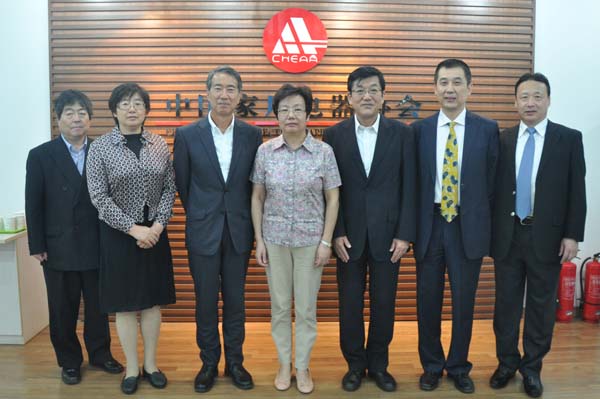